A Municipal Council is a group formed by members of an organization who meet periodically to make decisions about a specific area or area of ​​the organization.

The Municipal Councils hold meetings, some are private and others are open. If they are open, you can participate in them (for example: attending if the capacity allows it, adding points to the agenda, or commenting on the proposals and decisions made by said body).

The Municipal Council of Culture of Sitges is the body where the different entities and people involved in the world of culture can propose, study or define specific actions to improve and promote collaboration and understanding between the cultural entities of the town, collecting citizens' concerns, as well as to facilitate debate and the elaboration of proposals so that they can become feasible projects; it will also be the space where the actions to be carried out and those already carried out will be evaluated.

In no case will membership in the Board be lucrative or remunerated.

However, the Council will in no case replace or hinder the exercise of the powers conferred by law on municipal decision-making bodies.

In order to achieve its general principles, the Council will pay special attention to the following objectives:

1. To know, give opinions and report on any of the issues proposed to it by the Department of Culture with regard to matters relating to its competence or the different boards or bodies that depend on it or depend on it; especially with regard to municipal programs of cultural activities and services, their implementation and investments in infrastructure, as well as budgetary information.

2. Propose initiatives to the city council in cultural matters, provide elements for setting priorities and advise on the cultural policy of the city council, ensuring that this policy is the one that best suits the interests and wills of the citizens.

3. Exercise the monitoring and control of cultural programs, including those approved by other bodies.

4. To link the participation of all the citizens, all the entities, and all the groups of any social field, interested in the reality and the improvement of the cultural situation of our town.

5. To propose and promote the appropriate resources for the access and participation of the citizens to the different municipal cultural services and to the vehicle of expression of their demands that must be this Council, within the scope of the aims that are provided for in this Regulation.

The functions of the Board are:

1. To be the consultative body in the processes of elaboration of ordinances and regulations of the services affected to the sector and in those subjects that have a special incidence there.

2. To present initiatives to the city council or to inform and transfer to him those derived from the work commissions, as well as those received from entities, groups or individuals, in order to be discussed by the competent bodies.

3. To be informed of the decisions that the city council adopts in the cultural field.

4. To propose the appropriate procedures for the participation of the citizens in the municipal cultural services, and for the access to express their demands.

The Council is structured by the following governing bodies: president, vice-president and plenary.

1. The mayor, by decree, may freely appoint or remove the councilor who is to hold the presidency.

2. The functions of the president are:

a) To convene, chair, suspend and adjourn the sessions, moderate the debates and resolve the draws with a casting vote.

b) Act as spokesperson for the Board.

d) Ensuring the execution of the agreements that have been reached.

e) To authorize the attendance to the plenary and to the work commissions of people linked in the cultural field of Sitges or with specific knowledge, when the treatment of a concrete subject makes it advisable. These people will have a voice but no vote.

f) To transmit the reports and the proposals of the Council to the rest of the municipal organs.

g) Decide on the creation, objectives and purposes of the working committees in accordance with the plenary.

h) To designate, at the proposal of the Department of Culture, the four entities that form part of the Council. Likewise, with regard to its eventual revocation and / or replacement.

i) To appoint the members of the Council who are so in a personal capacity, at the proposal of the Department of Culture. Likewise, with regard to its eventual revocation and / or replacement.

1. He shall be appointed by the Mayor.

2. It will be the functions of the vice-president to replace the president, with all his rights and duties.

It will be an official or worker of the Department of Culture.

1. Attend with a voice but without a vote.

2. Prepare the minutes of the meetings and keep the documentation of the Board.

3. To certify the agreements with the approval of the president.

4. Ensure that documentation submissions arrive in a timely manner.

5. To convene the Council by order of the President.

The Council will have as its sole decision-making body the plenary.

The plenary will be made up of all its members, chaired by the mayor or councilor to whom he delegates.

The position of member of the Board will not be remunerated.

1. To be consulted and to debate on the municipal action in the area of ​​the cultural policy.

2. To approve the annual report prepared by the secretary.

3. To request information and documentation on any matter or intervention that affects the field of action of the Council.

4. Submit reports and proposals to the town council on issues related to its powers.

5. Prepare all plans, actions and reports requested by the city council.

The Municipal Council of Culture will have the following composition:

The mayor, who will hold the presidency.

The Councilor responsible for Culture of Sitges City Council, who will hold the vice-presidency, to whom the mayor may delegate the presidency.

One or a representative of each municipal political group.

The four cultural entities of Sitges, duly legalized, most significant for the number of members, their significance within the cultural world of Sitges and the number of cultural activities that take place throughout the year, at the discretion of the City Council, having one representative each as members of the Board, in the terms specified in Article 7.

In the event that, in the future, the municipal criteria may vary with respect to the four cultural entities represented on the Council, the presidency will designate the appropriate replacement, at the proposal of the Department of Culture, in accordance with the functions provided for in article 8, in the section referring to the President.

In a personal capacity:

Three people linked in the Sitgetà cultural field at the proposal of the Council related to the affairs of the Council, as members.

The term of office of these members shall be until it occurs, in the terms provided for in Article 8, in the section relating to the President.

The coordinator responsible for the City Council’s area of ​​Culture.

An administrative or assistant in the field of Culture, secretary of the Council, with a voice but no vote.

Likewise, the Presidency of the Council, on its own initiative or at the request of the Council, for the proper functioning of its sessions, may invite councilors, technicians, or any other person it deems appropriate to report on one or more issues included in the order of the Council. day, who will participate in the sessions of the Council, with voice and without vote.

However, any citizen may request to personally defend his / her initiatives and proposals in the Council. 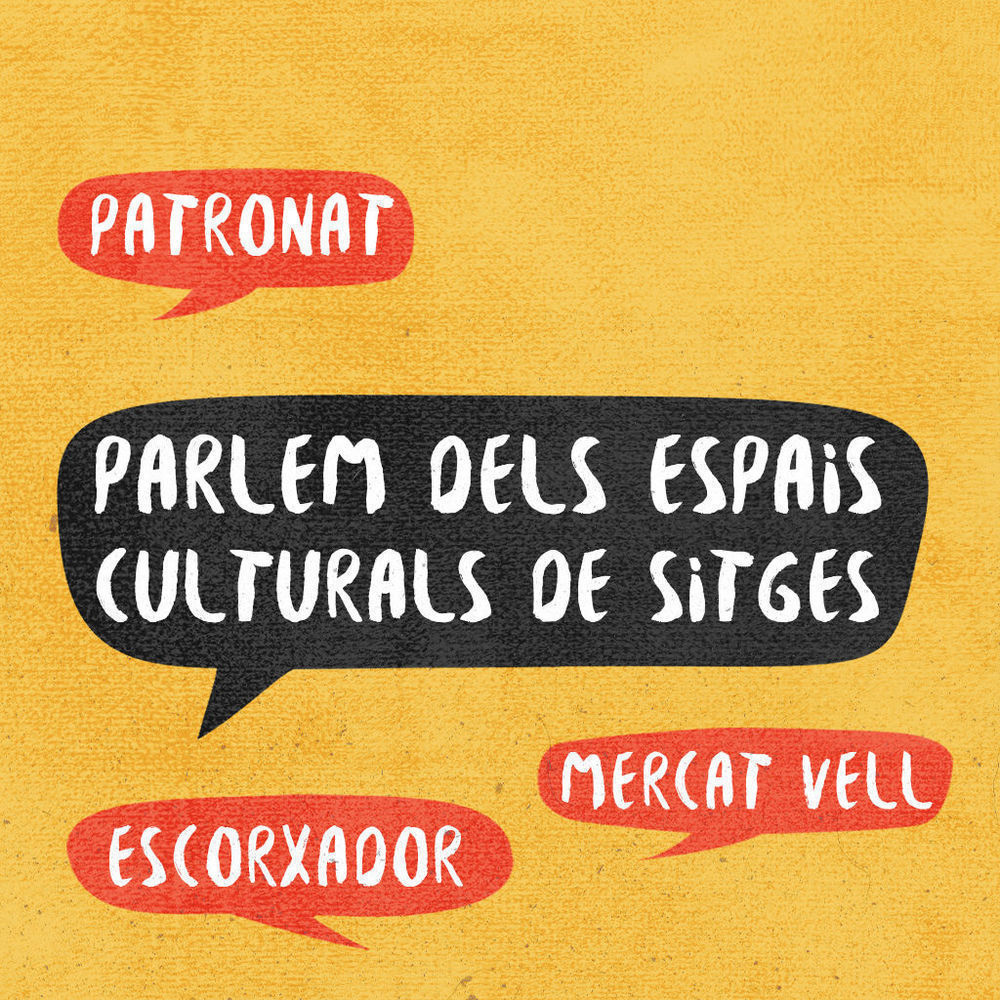 Let's talk about the cultural spaces of Sitges

Citizen participation process to define the uses of the buildings of the Partonat, the Escorxador an...

Please paste this code in your page: